Sarah ScheidemanSeptember 18, 2008
Interviews 0
For this interview, I decided to switch it up a bit. Instead of having the videos as the last attempt to get to know the artist, I decided to make it first. The method to my madness is that that Carlee Hendrix has an aura and vibe to her that can truly only be captured on camera or live. Her body language and voice depict a delicate, sensitive creature. A creature that many of us can relate to, as she was born and raised in the Coachella Valley. Her music exudes the exact calm and warm nature that makes the Coachella Valley so welcoming and comforting to all who have the chance to experience it, and even more so to those who have grown up immersed in it.

Without further ado…I invite you to immerse yourself in the life and music of Carlee Hendrix, the Coachella Valley’s hometown sweetheart…


Carlee Hendrix – Part I from Steven Preston on Vimeo. 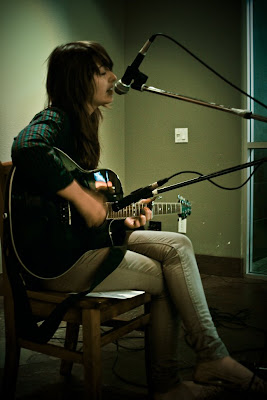 Where were you born/raised?

I was born and raised here in the desert.

How do you think the Coachella Valley has shaped you as an artist?

I grew up here, so it has everything to do with who I am as a person and an artist. Everything I know and have experienced took place in the valley, so it’s definitely a huge part of me. But the valley is a love and hate thing for me. I can’t wait to see what else is out there once I graduate.

I love that you perform as a solo artist. What instruments do you play when performing?

I play guitar, banjo, and a little bit of piano…I’m also a pretty big fan of the tambourine.

I don’t think I can put my finger on one good word to describe it. I am constantly growing and changing as a person, and my music is always reflecting those changes.

I also understand that you also play in a band? What is the name of the band, everyone’s name, and their role?

I play with Sailor On Shore. The band consists of KC Bozanich, Jos Martin, Joseph Eccles, Alex Fogal, Bolin Jue, and Ignacio Caniza. None of us play the same instrument in every song, it keeps things interesting.

I think the best way to describe it is experimental. We all have very distinct styles, and I think you can hear them in our music.

What inspired you to go into the art of music?

I started singing and doing musical theater when I was five, and to be perfectly honest, I hated it for the longest time. I would have much rather been going to birthday parties and all that stuff. I think I fell in love when I started creating my own music. It’s a completely different experience when it’s something that’s yours.

Who are your biggest influences, musically?

It varies depending on what I’m listening to at the time, but my absolute favorite artists of all time are Michael Nau, Jenny Lewis, Blake Sennett, Jeff Mangum, and Maria Taylor.

What projects are you working on right now?

I’ve been writing a lot and working on my solo project. I’ve had a lot of ideas flowing lately, so I’ve just been trying my best to execute them. Also, Sailor on Shore will hopefully be playing more shows and having some new music soon.

What can we expect to see from you in the future?

I can’t say for sure because I don’t know myself, but hopefully more music, more shows, and maybe more collaborations with different artists.

Where can we check out your music and your bands music? 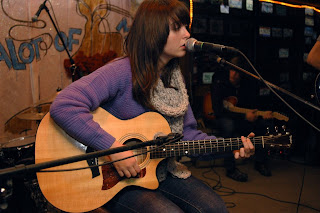 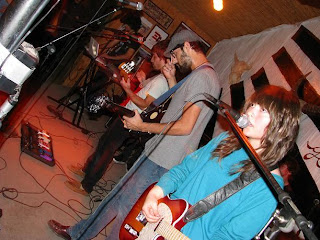 Performing with her band, Sailors on Shore

Sailor On Shore – Back On Shore from Steven Preston on Vimeo.