This next man up to bat needs little introduction. The crowd goes wild every time he plays in his hometown. Whether you have caught him at an AA event or on youtube playing across the country (or across the ocean) he manages to hit a home run every time.
Residing in the Coachella Valley, but signed to the Melting Pot Music team, DJ Day’s career lineup includes releasing the solo produced track “Four Hills” (which was nominated “Track of the Year” by Gilles Peterson’s Worldwide show on BBC Radio 1) to working with Stones Throw recording artist Aloe Blacc and Emanon. DJ Day also gains fame from his remixes, his most recent one being the People Under the Stairs “Step Bacc” (DJ Day remix).

Ming Bob, the Coachella Valley Art Scene’s newest Pitcher for the Interview segment on the blog, was able to throw a couple questions at DJ Day last week.
So, without further ado….
Next up to bat, a man born and bred out in Palm Springs, California….
Deeeeejjjjjjaaaayyyy DDDaaaaayyyyyy….. 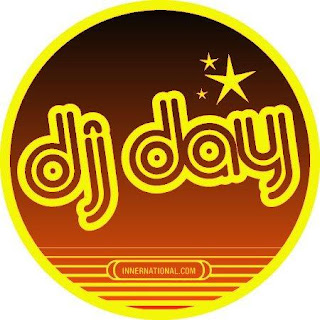 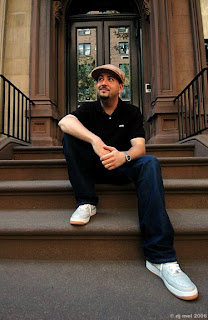 MB: Who Is DJ Day?
D: Damien Beebe, DJ (duh), producer, half ass musician, record collector, beat maker, a guy who hates shaving and smokes too many cigarettes.
What inspires you to write the music you play?
Everything really. I’m not gonna say butterflies and dandelions, but just regular, real life. People I meet, places I’ve been, things I’ve experienced, etc. I couldn’t really tell you to be honest. It’s just whatever comes out and how I feel when I make music.
How long have you been Spinning Music?
Damn…probably longer than some of these cats have been alive! I would say I’ve been messing with turntables and records since ’89 (yes, I am an old ass dude).
What bands or other DJ’s have you preformed with?
I’ve done shows with Amy Winehouse, Eminem, Freestyle Fellowship, People Under the Stairs, Guru (of Gangstarr), Living Legends, The Beatnuts and more.
Has the music scene in The Coachella Valley grown?
Definitely. There’s way more people making music out here now than when I was starting out. It’s really blown up within the last 5-10 years and I think it’s a great thing. I wish it had been like that when I was coming up. A little friendly competition never hurt and it can bring out the best in you. It’s only a matter of time before more and more people break out of the valley. There’s a lot of really talented people out here.
Coachella Valley needs a decent venue how would that impact the scene?
That’s one of the biggest problems we have in making a “scene”. The lack of a good venue. On one hand club and bar owners need to take more chances and have some faith in the youth. There’s a new generation out there with disposable income who just want to have a good time and do something other than the usual Zelda’s/Top 40 club scene. But some of the blame lies with us too. When a promoter finally get a decent place, someone comes in and hits up the bathroom, or fools start fighting. I understand shit happens (trust me, I do) and people want to get up and get their fame or whatever, but you can’t shit where you eat! You can’t disrespect the venue and expect a night to last. We’re all in this together for everybody’s sake. We all want to get down and have fun and do our thing. People just need to remember that next time someone starts to act a fool. Let ‘em know because it all adds up to deading the spot and let’s be real, there just aren’t that many spots out here to begin with.
What is the scene out here in the Coachella valley like to you in your eyes?
I think it has the potential to be great, but we need to be more supportive of people trying to do things out here. You can’t sit back and complain that there isn’t a scene if you don’t help make one! So many people start a weekly or a monthly night and everyone comes out the first few times and then it slowly dies out. It takes time to cultivate something like that. The vibe has to be right and the promoters and DJ’s need to make it interesting for people to want to come back. I was just in L.A. at The Do Over, which is a Sunday party in Hollywood. They’ve been doing it for 4 years and there were so many people I could barely move. On a Sunday afternoon! But it takes time and support from the people to make something like that happen. The community is right here. All we have to do is do it and keep doing it.
Anything in the works upcoming album maybe, shows or any brain storms?
I just finished remixes for People Under the Stairs, Tittsworth (feat. Nina Sky and Pitbull) and Incognito which is a jazz group in the UK. All of those should all be dropping in the next month or two. I have a side project with Aloe Blacc (Stones Throw) called Daily Bread that’s coming out in Japan and I’m also working on another album for MPM (Melting Pot Music).
Any advice to the up and coming Dj’s or about being a Dj or being involved in music?
Be persistent. Just don’t give up – period. If you keep trying eventually you will be heard.
And for DJ’s, don’t be afraid to take chances with your sets. Be original. Anybody can download everything and be a DJ, but it’s those who have their own style that stand out above the rest.
Contacting you for Bookings, any websites to check your music out at.
For booking and info you can hit me on myspace: (www.myspace.com/djday) and check my blog for upcoming shows, news and free music downloads (http://www.likeathrottle.blogspot.com/) . You can also get my album, The Day Before and more from iTunes. 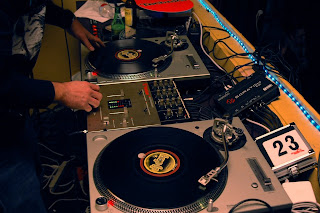 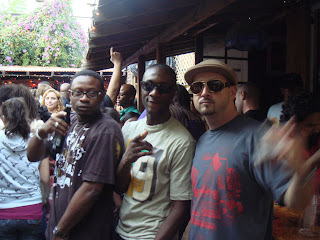 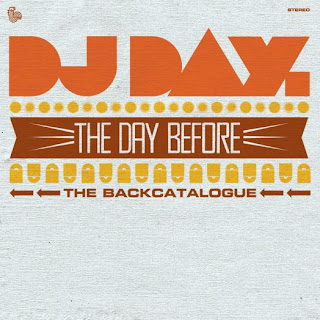 DJ Day’s The Day Before Album 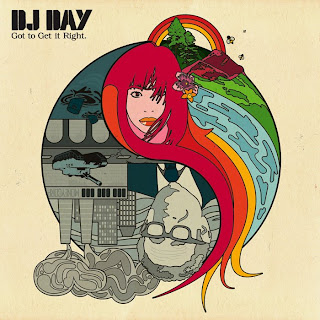 Got To It It Right by DJ Day 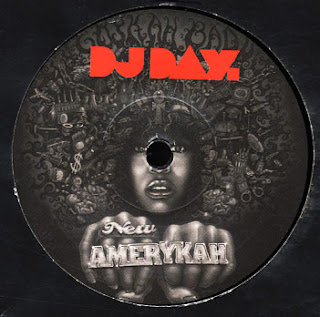 For all those Badu fans (including myself)

And last, but certainly not least, the Nas – It Ain’t Hard to Tell (DJ Day remix)