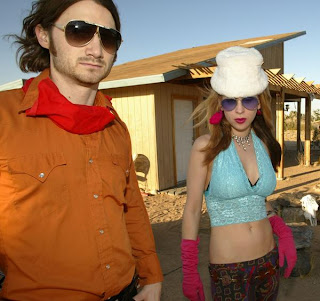 New Filmmakers LA will be screening “Going Nowhere: The Ballad of Joshua Tree” tonight at the Sunset Gower Studios in Los Angeles, CA.

I think this film looks absolutely amazing, fascinating and most of all, inspiring. Check out the preview for yourself. I think you will like it too.

“Featuring artists–from Victoria Williams and Eric Burdon to Gram Parsons and Gram Rabbit–who’ve made the high-desert community of Joshua Tree, CA, their home. The film paints a portrait of life in the desert, far from big music industry, while examining our notions of success and failure.” – http://www.nowherenowthemovie.com/

“Joshua Tree, the high desert community outside Los Angeles, has become a mecca for exciting musical voices. How the particularities of this place—its history and traditions, its isolation from urban centers, and its unique atmosphere and community—have contributed to this phenomenon is the subject of the film, told with stirring interviews and live performances. Each writer-performer has his or her personal story, but all have had to face the conflict between maintaining their artistic identity and surviving in the industry.
Shot on the beautiful backdrop of high desert in springtime, the film includes Eric Burdon, Gram Parsons, Victoria Williams, Gram Rabbit, The Sibleys, Ted Quinn, and Emily Adams, among others.
NOWHERE NOW: THE BALLAD OF JOSHUA TREE is now playing at New York’s Anthology Film Archives” – http://www.filmcatcher.com/

Get familiar with the featured artists in the film: