Here are a few people from around the desert who would like to share who they are voting for during this monumental election:

DJ Vichyy, Lady Disc Jockey – “Barack Obama! I think it’s time for someone who really sympathizes with regular, normal Americans who are not wealthy or rich and go through life living paycheck to paycheck. He also seems to have a handle of what it means to keep religious beliefs separate from government. This is after all, what is constitutional. I also admire his firm stance on the importance of universal healthcare since I know first-hand what it’s like to be denied coverage due to “pre-existing conditions” ie. stomach aches.”

Griefshare, Musician – “I am voting for Obama. Usually, I vote Third Party due to being disillusioned by the Two Party system and the patisan, divisive politics it produces. I feel that Obama represents a change for our country and not just a shift from the last 8 years America had endured but a very monumental and idealistic change in the way the outside world views America and the way we Americans view ourselves and our country.Also, I am voting NO on Prop 8. No one should be denied those basic kind of rights.” 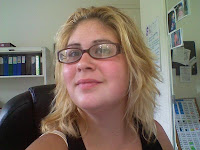 Ashley, RSN – “Obama-Biden! AS the youth of the Coachella Valley and America, this is our coming of age. We will get married, start families, finish school, start our career and buy homes. The next 4 to 8 years are crucial to our growth and development, and the same elitist policies are failing all Americans. We need equality, opportunity and change. On the same note, I am, and urging all others to vote YES on Prop 2 and NO on Prop 8!” 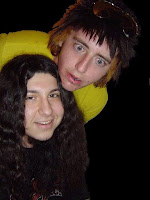 Mark Belmonte, Musician – I voted for the Peace and Freedom Party because I’m an advocate of peace and freedom, not McBama’s multiple wars and CFR puppetry.