Sarah ScheidemanDecember 18, 2008
The CVAS Blog 0
Tonight! At 5:30 pm.
Travel to Indonesia with a GLOBAL LENS 2008 FILM SCREENING
at The Palm Springs Art Museum 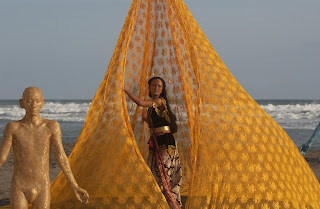 The museum is pleased to present a series of 10 outstanding films that make up the Global Lens 2008 touring film exhibition. This series is presented as a part of Global Lens, a project conceived by The Global Film Initiative (GFI) to encourage filmmaking in countries with developing film communities. The films are offered FREE on most Thursday nights through December 18. All films start at 5:30 p.m. in the Annenberg Theater and no advance registration or ticketing is required. After each one of these screenings, the audience will be invited to participate in a discussion conducted by a member of the Desert Film Society. 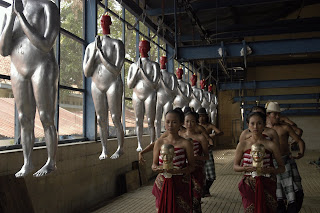 Synopsis
Setyo and Siti live a peaceful life as husband and wife, selling earthenware in their village. But when Setyo is called away on business, a flirtatious butcher, Ludiro, takes advantage of Siti’s loneliness to seduce her. Tempted by song and dance, Siti initially refuses his advances but acquiesces in a moment of weakness, setting the stage for an epic battle between the two men. Located in lush forests and on pristine beaches of Java, director Garin Nugroho bases his deeply imagistic and dazzling visual narrative on the “The Abduction of Sita,” from the Hindu epic, The Ramayana. 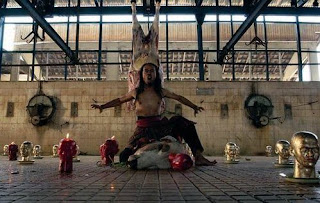 For directions and address to the theater, please visit www.psmuseum.org