The best thing about art is that there are no limits. There are no wrongs, there are no rights. This can lead to sights and sounds taking on tons of different of forms. In terms of music, this allows the artist to take differnt spins on different genres of music. Resulting in sounds that can be planted, then bloom, and then take on all sorts of lifeforms. Some of the least popular genres, especially in the desert, I think can say the most. It’s the sub genres, the “underground” sounds, that really fascinate me…
2009 has been promised to us at the year of “change”. So, in the spirit of “change” I thought I would mix things up a bit on the blog. I wanted the first interview I do this year to be one that will wake you up and get you pumped for the remaing 12 months here on the blog to come. I dug around on the internet and local bars for weeks. Looking for the right show, the right band, and the right emotion . Long and behold, after a while I found just what I was looking for: 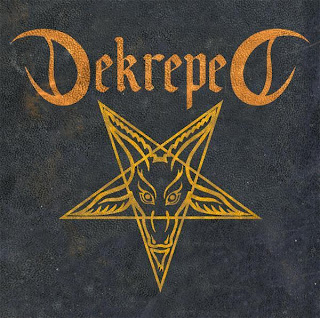 Name of Band?
Dekreped
Why that name?
We made up the spelling so no one else would take it, and it has 3 e’s for evil evil evil or 666.
Name of members in band and role?
Steven Zamora on vocals. David Gonzalez on guitar. Matt Miller on bass and Sheridan Carnahan on drums.
How did you guys come together to form Dekreped?
We were all friends from like Elementry school, and we all loved music. We all lived by each other in the small town of Thousand Palms,we grew up wathching good musicians, so we kinda new from the start what wanted to do. We made a band and had been progressing ever since.
Who are some of your biggest musical influences?
Well off the bat… Mickey Doling. Not only is he in one of our favorite bands (Snot) but he started in this valley and later came to tour the world. And, of course, our friends from Ultralord, Brad Garrow and Dead End Studios have been a big help. Growing up wathing bands like Phatty, Garagen, Famlie Butcher, Temper High and now Corrupt Defile. And we owe alot to Jon Coty (R.I.P./F.Y.B).
Where was your first gig? And tell me a little bit about that night…

First gig? …ahh probably a good party way back, the night was basicly a blurr.
Where was your last gig? And tell me a little bit about that night…
Our last gig? … in Oxnard with Corrupt Defile at The Lab. We went to thier studio and got wasted, jammed a little, and didnt get home till 6am.
Describe your sound.
Well… it’s kinda thrash metal/brutal metal.
How does living in the Coachella Valley influence your music?
Well, it’s extremly f*n hot here, so it makes you want to play some metal, I guess.
What does a typical night entail for you guys?
Jammin’, getting smashed, and maybe fighting each other for the fun of it.
Who has the longest hair in the group?
I think that one goes to David.
Upcoming Shows with Dekreped:
Duende-Fest this Friday
(see Things 2 Do Thursday for more info)
Then Saturday night at
The Road House Tavern
18815 Grand Ave.,
Lake Elsinore Ca, California 92530 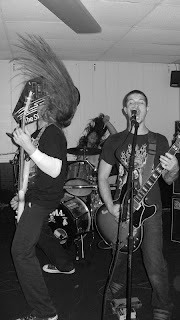 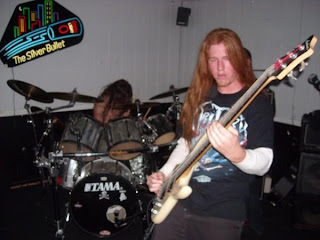 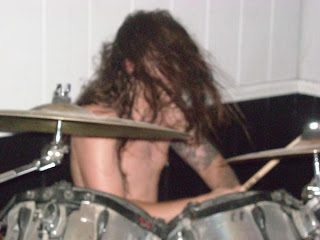 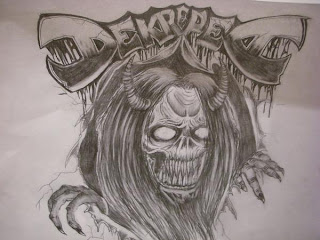 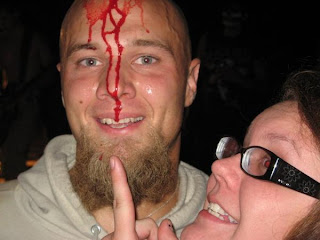 To check out more of Dekreped’s music and when their next shows are, please visit:
www.myspace.com/dekreped