the CVAS meets the PSAM! 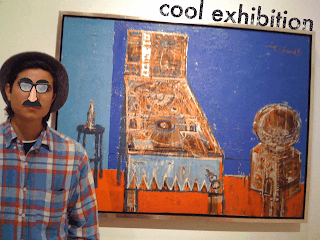 So, last night the Coachella Valley Art Scene made our way over to the Palm Springs Art Museum. We got an awesome VIP tour of the latest exhibition, met Bob, drank some fine wine, had some cheese, had a lot of crackers, and ate one too many pieces of cake.
It was pretty cool.
The Palm Springs Art Museum has some really interesting works that I think you might like. If you like photography, glass art, fine art, modern art, good art, then you should go.
Above are some pictures of us having a good time at the museum. I also have posted some events that are going on at the museum this week that are FREE! I mean, really. Go people. 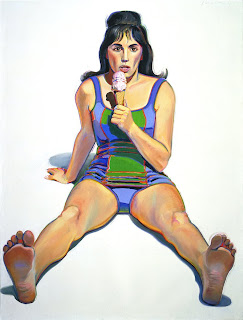 A survey of more than one hundred works drawn from this great American artist’s lengthy career. Thiebaud (born 1920) has long been a mainstay of California’s cultural and artistic communities. Since the early 1960s, he has shaped a personal artistic vision that embraces different subjects and stylistic variations but is always characterized by his blending of realism and abstraction, a penchant for dazzling light and high-keyed color, and a gift for painterly, sensuous handling of oils and pastels. Best known for his still life compositions of bakery goods and delicatessen counters with their distinctive brand of nostalgic Americana, he also has specialized in large-scale portraits, studies of Northern California landscape, and cityscape featuring San Francisco’s vertiginous geometry of nearly-vertical streets and sidewalks. 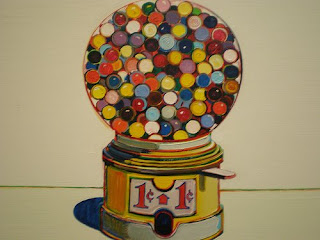 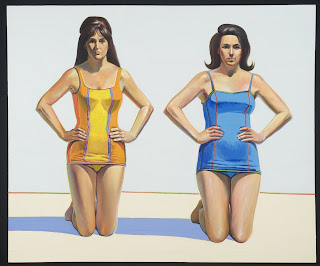 then on that same night make sure to check out….. 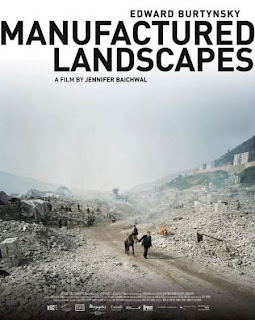 2.12.09 6PM – Manufactured Landscapes
Jennifer Baichwal (2006);
Running Time: 80 Minutes
Jennifer Baichwal’s cameras follow Edward Burtynsky (1955- ) as he visits what he calls manufactured landscapes: slag heaps, e-waste dumps, huge factories in the Fujian and Zhejiang provinces of China, and a place in Bangladesh where ships are taken apart for recycling. In China, workers gather outside the factory, exhorted by their team leader to produce more and make fewer errors. A woman assembles a circuit breaker, and women and children are seen picking through debris or playing in it. Burtynsky concludes with a visit to Shanghai, the world’s fastest growing city, where wealth and poverty, high-rises and old neighborhoods are side by side. 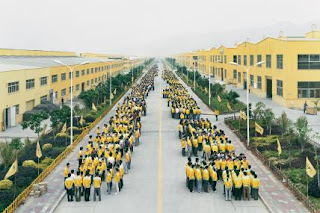 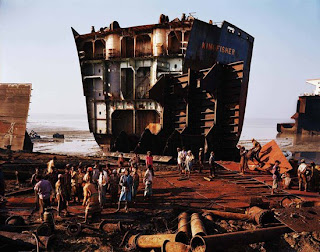 also on the same night…. 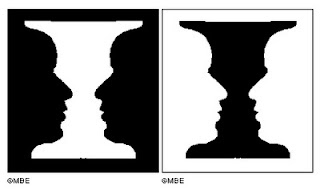 ARTISTS IN ACTION
Thursday, February 12, 6 p.m. Zone 101 in the Hoover Gallery
Negative space is the space between objects or parts of an object, or around it. Studying this can have a surprisingly positive effect on a painting. The classic example of negative space or shapes is the brain-teaser where depending on how you look you see either a vase or two faces (as shown in the image at left) becomes very evident when the image is reversed.
Negative space is very useful when confronted with ‘difficult’ subjects, such as hands. In this demonstration, artist Linda Kemp demonstrates painting on the space around an object rather than the object itself.
check all this out and more at:
www.psmuseum.org