Sarah ScheidemanMay 13, 2009
The CVAS Blog 0
There is another music and arts festival going down in our neck of the woods. The Joshua Tree Music Festival is definitely one in which you don’t want to miss out on. Haven’t heard of some of these bands? Well, that’s because this festival is super indie and is super dedicated to bringing you the originality and best live show that one can imagine. And the focal point is not just one the music, is it one the desert experience as whole. The emphisis lies somewhere between camping, yoga classes, music pits, and “chill stations”. Looking for an excuse to go up to the desert? Here are some feature of the festival that I find particulary interesting:
The Line Up
nortec collective: bostich & fussible

(SAT 8:50pm) Tijuana, Mexico is home base for the Nortec Collective. Sampling instrumental parts from dusty tapes of tambora (traditional music forms of the northwest of mexico) and norteno band rehearsals – combining the use of electronic and dance music aesthetics with the hard driving sounds and rhythms of traditional northern Mexican street music = “nor-tec” a contraction of norteno and techno. The latest release from the collective is Bostich + Fussible “Tijuana Sound Machine”. Fussible (Pepe Mogt) and Bostich (Ramon Amezcua) co-founded the collective and have contributed to previous releases as well. This time around the artists combined acoustic recordings with their electronic counterparts. Instruments varying from accordions and tubas mix with drum machines and synthesizers. This effect is put into greater use live, as electronics create the foundation while live horns and other instruments keep crowds moving. This blend is at once traditional and avant garde, equally recognizable and new. Dig the sounds of Nor-Tec revolutionizing the culture of Mexico & the World.
porter batiste stoltz 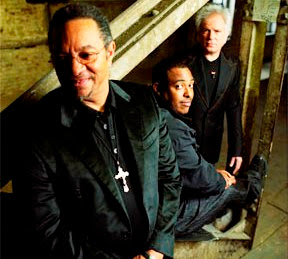 (Saturday, 6:00pm) George Porter, Jr. Russell Batiste. Brian Stoltz. Three funky kings with deep musical resumes steeped in Crescent City funk’n history. “We have a deep respect for the groove” says the understated Russell Batiste. Porter, the pioneering bassist (joined the Meters in ’65), is widely recognized as “simply one of the best bass players on the scene”. His credits and contributions to funk and R&B are too great to list. Russell Batiste was born into the legendary musical New Orleans family and has been behind the kit since the age of 4. He joined the Funky Meters in ’89 and has worked w/ Maceo Parker, Robbie Robertson & Harry Connick, Jr. Brian Stoltz is a most sought after guitarist having played w/ The Funky Meters, the Neville Brothers, Bob Dylan, Paul Simon, & Daniel Lanois. His virtuosic guitar work rides the explosive Meter grooves. “More like a funk rock kind of thing w/ a strong pocket” says Porter. 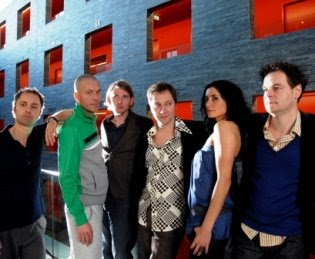 (saturday 10:15pm) Heineken, Van Gogh, Kraak & Smaak. The three most famous things to come out of Holland. Ever. In that order. Ok so maybe a bit of an exaggeration but the last three years have been an incredible ride for the band considered to be Holland’s hottest live act and as they release their second album things seem set to get even crazier. Hailed as a “Must see live band” they’ve supported the stadium-rocking Faithless on their European tour and played some of the most prestigious gigs in the USA including Coachella Festival, SXSW Festival, the Miami Winter Music Conference as well as playing headline sell-out gigs on the West and East Coast on their last tour. Although Kraak & Smaak originally started out as a studio project for the founder members Oscar De Jong, Mark Kneppers & Wim Plug it quickly became one of the hottest live properties in dance music. The live band has the addition of Rose – vocalist, Seb – MC and vocalist, Andre – drums and Marc on the bass guitar. Coupled with the keyboards, FX and percussion played by the band themselves it’s a formidable slice of future funk on the floor with the epic moments provided by K&S’s more leftfield output.

rupa and the april fishes 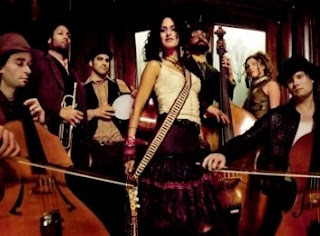 (saturday 7:25pm)(SF) Slinky, fevered, hypnotic and intoxicating. “If Rupa were a movie, she’d be Amélie meets Women on the Verge of a Nervous Breakdown meets Do the Right Thing. She’d be set in India and Berkeley. She would be (and, in fact, is) an instant cult classic among the smart, idealistic, international set” Hiya Swanhuyser, SF Weekly. While their music defies categorization, they’ve drawn comparisons to Manu Chao, Pink Martini, Dengue Fever, Gogol Bordello and Keren Ann. Rupa’s nomadic upbringing has led her to write songs in a multitude of languages, including French, Spanish, Hindi and English. With themes ranging from love and death to politics and philosophy, the songs offer a magic carpet ride through time and place and embody Rupa’s goal of breaking down borders both real and imagined, arranged for cello, accordion, guitar, trumpet, upright bass and drums. “These folks are the shining embodiment of globalization-gone-good…..” SF Bay Guardian. 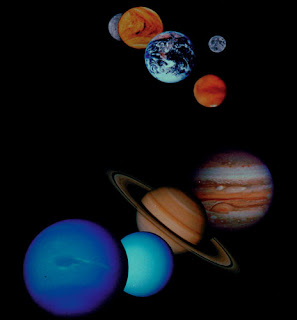