The initial idea was to start the blog off with a real “bang!”  The first announcement and celebration of it would be to co-curate a party at the Date Farmers art studio.  Lucky for me, the Date Farmers were down for the idea.  We agreed on hanging art, inviting bands to join a lineup, and create a space where anyone and everyone who was into art could come and hang out for the night.  Entrance fee was free, beer + wine was free with a donation, moon was full, and we were ready to go…
The party was a success.  I toke note of all the kids there who were artists, who liked art, who were into the bands, and knew that my idea to have a blog that documented the younger art community of the desert had a chance to survive.  If anything, I thought at least these 30-50 kids would dig it and was cool with that.
So, after that magical evening of fireworks, art, music, and cheap wine, I committed myself to this project.  I had no idea really what I was doing, but knew I really wanted to do something genuine for my community, for my friends, for myself, for you.
A year later, I’m proud (and surprised) the blog gets over 100 views a day from people not just in the United States, but from all over the world.  Turns out, a lot of people are interested the art community of the Coachella Valley.  Whether it be due to the Coachella Valley Music and Arts Festival, or the genre of desert stoner rock that was created out here, the Nude Bowl, Palm Springs, or the 110 degree temperatures, I am not sure.  Whatever it is, it’s good to know that it’s not just me who has an interest and fascination with the desert.
In this 1 Year Anniversary CVAS Blog Recap I will bring up a few of my favorite blog posts that I think really shaped, and were most relevant, to the Coachella Valley Art Scene’s development.
First things first, here is the famous blog post announcing the kick off to the Coachella Valley Art Scene blog.  How cute.  I didn’t even really know how to format yet. 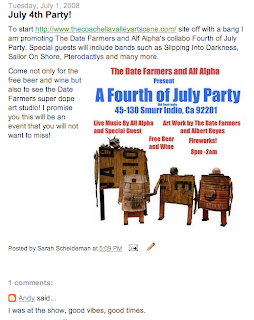 (for those interested, here is the Recap)
After about a month of randomly posting every event I would hear about, I finally figured out it would just make more sense if I dedicated one day to party flyer posting.  This was my first ever Things 2 Do Thursday feature.  Know that Debbie Deb never disappoints! 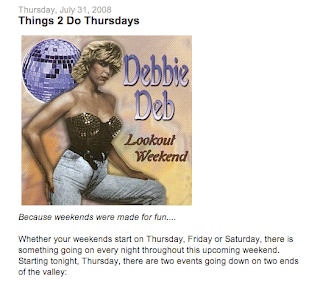 When I first started the blog, one of my main goals was to serve as a journalist to the art community.  I was on a mission to interview as many artists who made the scene happen and give them a voice to express what their opinions were , what inspires them, and to also give everyone else out there a way to get to know a little bit more personally.  Since the first interview, I have interviewed more than 30 artists, but hands down my favorite interview ever was with DJ Odysey. 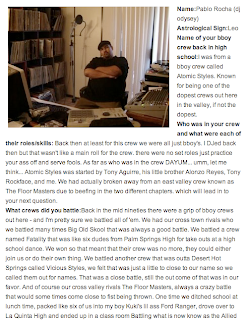 After I had a couple of interviews down and really started enjoying it, I had an idea to develop a Girl of the Week feature.  This all has to do with my Girl Power ways.  If you know me, then you know I’m all about women empowerment and all that fun stuff.  I like to blame my feminist ways on my exposure and influence to my middle school days of being in love with the Spice Girls.  You know you liked it too!  Anyways, so for each girl I interviewed, I thought it would be appropriate give them each their own Spice Girl name.  I thought it was awesome and I got a lot of feedback from supporting ladies of the desert that they liked it too.  Damn, I gotta bring this one back, huh?!?!
I interviewed a lot of chicks, but, one of my favorite interviews of all time was with Daikon Eklectik’s. 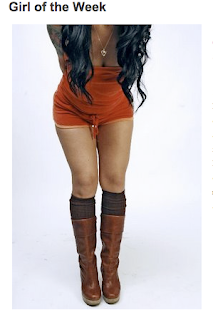 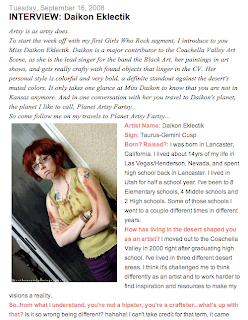 After conducting a bunch of interviews and getting to know the artists and all that, I figured it was time to tell some good stories.  Just as the interviews served a purpose to give the individual a voice, I thought if I covered parties and did Recaps around the Coachella Valley then then I would be able to really give people insight as to what the desert’s art scene was like on any given night.  Steven Preston, a local cinematographer, agreed to film the parties and I would serve as the photo and literary journalist.  Our first night covering a party was a bit rocky new to this type of recording, but now when I look back .. it’s comedy.
Doing Party Recaps is my NUMBER ONE, favorite thing to do here on the blog.  It’s a great way to expose everyone at the same time.  And I have fun doing it.  Photojournalism my forte.  Haha.
Alright so here is my favorite one, the first one.  Make sure to click on the “Part 2, 3 and 4″s of the story to get the full experience. 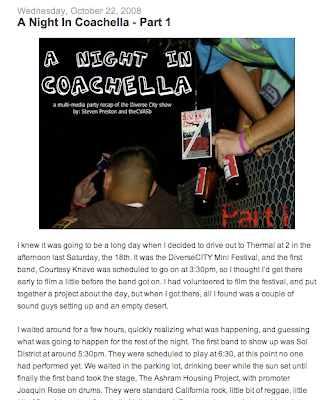 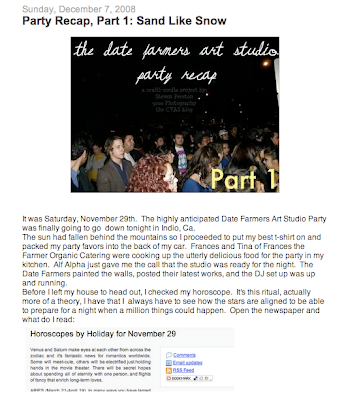 The Date Farmer Art Studio Party Part 2
The Date Farmer Art Studio Party Recap Part 3
The Date Farmer Art Studio Party Recap Part 4
As the months went on, and the more I would dig deeper into the scene, I realized that there was just soooo much going on artistically in the desert that I could not just cover it all myself.  I reached out to people and offered them spots on the blog to post anything they want.  A couple of people stepped up to the plate and I had some really great album reviews, Explorations of the Desert photography exhibits, and party reviews.  Here are two of my favorite guests features.
My favorite album review goes to Steven Preston’s Rad Review on Slipping Into Darkness’s first album.  What I like most about it is that Steven Preston not only touches on the current scene in the desert, but also tastefully references the desert old school music and art scene.  Rad!!  Hence the name: 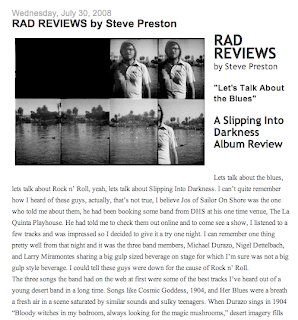 My favorite photography guest feature is Shane McMurphy’s Explorations of the Desert: Bombay Beach.  Since pictures say a thousands words, I will let his photography skills speak for themselves. 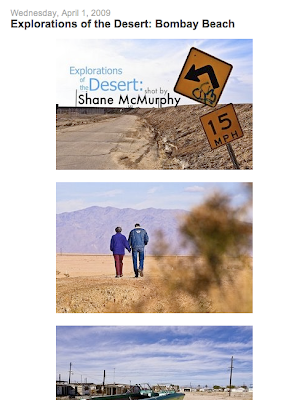 Aside from guests features, I really enjoyed playing with all sorts topics on the desert’s scene.  Here are a couple of my favorites.  They range from more serious features on the history of the desert’s stoner rock scene, to debuting the best skate videos of the desert, to recommendations on what to do for Spring Break, to silly Valentine’s Day shout outs.  I love covering stories like these because it just shakes it up and open your minds to all the layers of the desert. 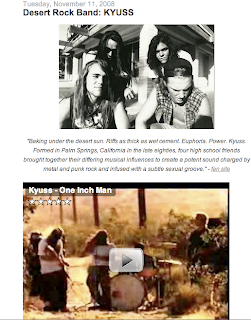 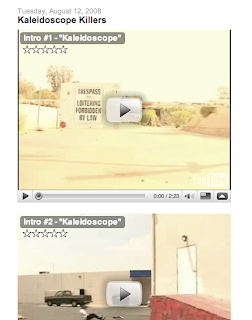 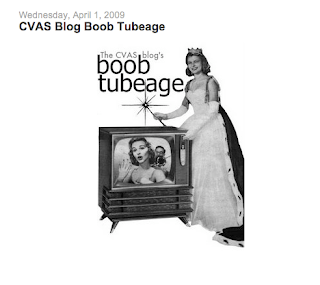 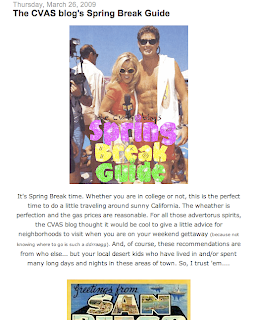 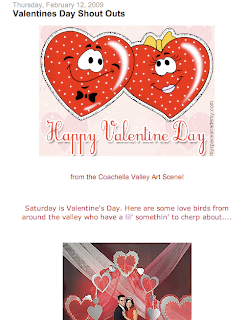 Here is where it gets interesting.
Most of the time, people are very very very supportive of my site and what I do.  BUT, there was one post that really didn’t sit too well with a lot of my viewers.  This was BY FAR the most controversal post of them ALL.
So, the back story on this post was that I had this idea to do a Best of 2008 for the Coachella Valley.  I had never seen it done before for the young art community and thought if it was ever going to be done now was the time to do it.  I didn’t want to be the one to decided who was who, so I created a way for everyone to submit their votes for who the best artists, bands, venues, etc were of 2008.   After I collected the data I asked Steven Preston to do an introduction to the Best of 2008 (since he actually helped a lot with the development of this post).  One I collected all the data, edited all the photos, wrote up little bios, and formated the material, and published it… the comments started rolling in!
Thing is, I totally respected each one, good or bad.  To be honest, I was really interested to hear what people had to say.  This post really evoked emotion in people and I loved it.
Just to give everyone a fair warning… I’m doing it again this year… Best of 2009.
Here is the post and all the lovely comments that came with it. 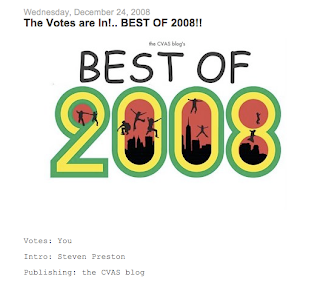 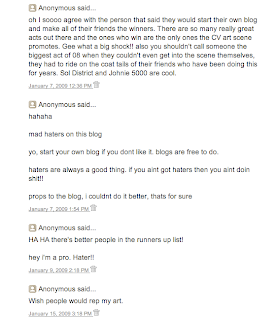 And last, but not least, a personal favorite for personal reasons.
As you are aware, this past fourth of July was the one year anniversary on the blog.  To celebrate the occasion, Alf Alpha (who helps me a lot with the blog) and I headed up to the California Soul studios to record a live podcast.  We conducted a short, but very sweet, interview of who we are and why we started this blog.  I am hoping that from this interview everyone listening can get some insight and a good perspective as to who the person is on the other end of this computer pumping all this out: 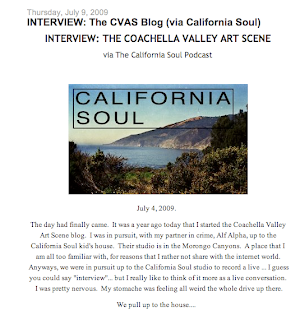 A BIG thank you to all my readers for tuning in over the course of this past year and showing love.  I really appreciate the support and encouragement.  And thank you to all the artists who continue to inspire me and give me all this great material…. this blog wouldn’t be anything without you.  Keep doing what you’re doing.
Stay tuned… as I have no intentions on quiting this project.  =)
If you ever want to suggest a topic, feature, interview, idea… please do!
email me: thecoachellavalleyartscene@gmail.com