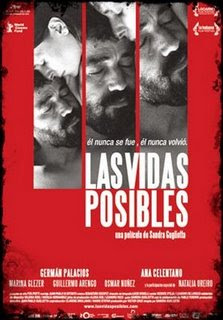 Geologist Luciano (German Palacios) disappears on his way to a hotel in remote Patagonia. Wife Clara (Ana Celentano), an artist with an air more suited to Buenos Aires than the outback, heads down south to try to get answers, but a police inspector (Guillermo Arengo) holds out little hope of finding anyone in the vast emptiness.

One day Clara sees a man she’s convinced is her husband, but Luis Miconi (also Palacios) has been a resident of those parts for six years — except for an unexplained period when he disappeared. Convinced that Luis, a real estate agent, is her amnesiac husband, Clara spies on him and his wife (Natalia Oreiro), then poses as a prospective home buyer just so she can get closer to the undemonstrative man.

As Clara’s obsession intensifies, she cuts off everyone around her, ignoring calls from sister Elena (Marina Glezer) and attempted communications from the police. Elena’s arrival coincides with the discovery of a car and body in a nearby lake, but Clara’s conviction that Luis and Luciano are the same man means she won’t even entertain other possibilities…. More of the film review on Variety
*yes there will be English captions at the screening
For more information, please visit:
www.psmuseum.org