This Week at the Palm Springs Art Museum

Sarah ScheidemanAugust 12, 2009
The CVAS Blog 0
This Thursday:
FREE Foreign Film
What A Wonderful World
August 13th at 6:00pm
in the Annenberg Theater

French and Arabic, with subtitles in English
Morocco, 2006 (94 minutes) 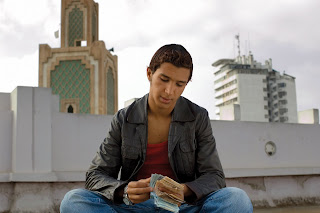 Synopsis
Souad is a prostitute whose best friend is Kenza, a tough traffic cop. Kamel is a stony–eyed contract killer who receives his hit orders via the Internet; he is also Souad’s favorite customer. When Kenza falls in love with Kamel, the two begin a bizarre courtship doomed by their disparate lines of work, and a persistent cyber–snooping hacker who stumbles upon the site where Kamel receives his murderous contracts. Moroccan actor–director Faouzi Bensaïdi’s promiscuously stylish film is a new vision of an old culture, unveiling an uncommon Casablanca caught in a world wide web of associations and consequences. 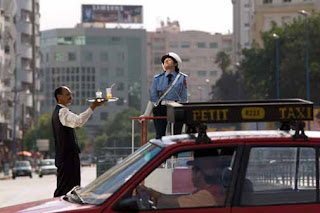 About the Director
Faouzi Bensaïdi was born in Meknes, Morocco in 1967. After studying at the Rabat Institute of Dramatic Art, he began his career directing for the stage, and in 1997, he directed his first short film, The Cliff. His two subsequent shorts, The Wall and The Rain Line, won prizes at the Cannes International Film Festival, and the Venice International Film Festival. His first feature film, A Thousand Months, premiered in 2003. What a Wonderful World is his second feature film. 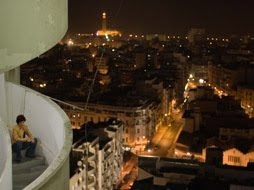 and in the museum…
CURATORIAL SPOTLIGHT:
Kaplan/Ostergaard Glass Center 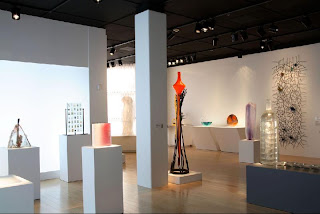 The museum’s Kaplan/Ostergaard Glass Center is installed with glass works drawn from the museum’s permanent collection and new works on loan from significant private collectors of contemporary glass in the desert communities. Noted national and international artists in this exhibition show a range of glass techniques from casting, fusing, slumping, and lamp-working to glass blowing and other techniques. In content and meaning, diverse subjects range from the narrative and figurative to the natural world and the exploration of color in space.