I saw a flier floating around on the internet.
It was alluring.
It had the title, “I F*cking Hate Loser Artists.”
I didn’t let it pass me.

A couple emails and nights later I was knocking on the door to the Skys Falling Art Kult’s studio. I was ready to do some investigation. To get to the bottom of this flier, of this title, of this art crew, I knew I had to go straight to the source. This “Skys Falling Art Kult” is a group of people that I have always had one of my eyes on. Someone in the crew is always making noise. I have known about these guys for years, and had yet to have had the opportunity to sit talk with them one on one.
I’m greeted at the door by two young men. One refers to himself as J.A.H. and the other by GodAwful. 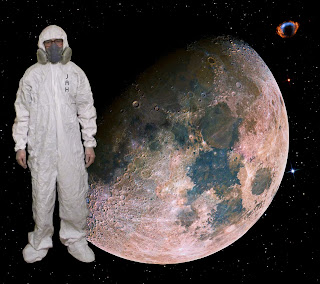 When I first step into their studio, the first thing that pops out at me is all the Skys Falling Art Kult artifacts. I later discover that these pieces will be the ones featured in their upcoming show…

As I am going around documenting all my favorite pieces, we begin to engage in this interesting conversation…
It begins with me questioning their Skys Falling Art Kult logo, which somehow naturally just lead to other topics such as chem trails, Sumeria and the annunaki, indigo children, and shoemans resonance. J.A.H. would say things like, “look up h.a.a.r.p in Alaska, check out Nikola Tessla, and check your diet – if you eat bullshit food that can clog your arteries, imagine what it does to the capillaries in your brain…” Which then lead to us having a conversations about the pineal gland/3rd eye. All the while, GodAwful would be lacing each topic with bits and pieces of knowledge and wisdom, “Understanding is just part of knowing and knowing is just part of being aware. Self-awareness is key to advancing ones self…”
With that being said, I had to then ask… When did you first realize that art was your destiny? Your special way of communicating?
J.A.H: “The first time I knew it was at least going to be a big part of my life, was around high school with graffiti. All the lessons you learn with it; respect, coming correct, being original, puttin’ in work, becoming a super fresh ninja (hahaha). Also taking the bad things from graffiti; egos, stealing, toys tryin’ to beef, destroying peoples’ shit. All of those different things balance each other and you learn to mold your whole attitude towards life. Those “qualities” put me where I am today and with the people I do things with. Once you take a look back though, what led to all of that was drawing as a kid. So, its really like, since birth. We’re all destined, probably before birth, who knows. Anyway, to answer the question, it wasn’t until recently that I put the pieces together and realized it was most likely fate.”
GodAwful: “I would say when I was about 8, I stopped abiding the law. At that point you can go one of two directions… negative or positive. I moved to Palm Springs. Luckily, I came into the kult of friends I roll with now, which helped focus the energy in a more efficient manner. At this time Fox News would run short undercover news segments on crazy vandals in Los Angeles. Once I saw this one segment on graffiti and it changed my life. With that change came the ability to create change. Art is just the vessel for the madness so you don’t go too insane from the false pressures this temporary state can put on a muh’fukah’.”
Then what inspires you? Evokes you to put these pieces out?..
GodAwful and J.A.H.: “That’s like an endless question! A lot of it is spreading forgotten knowledge, trying to make the dream world tangible, documenting the tribulations of life. It’s a good time… to see if you can meet the challenge of your expectations. Everything we see, hear, touch, smell, taste… anything we pull out of the collective conscious has an inevitable inspiration on what we do. It’s all waves and cycles that motivate, create, inspire. everything inspires.”
I still had that burning question inside that I wanted to hear from the guys directly… So, who exactly is this “loser artist?”
GodAwful and J.A.H: “It depends on who’s judging. It could be anyone. In this case, according to various negative characters in our lifes, the loser artists would be us. Scum bag friends, more concerned in mastering their craft and expanding the mind then paying bills and watching reality T.V…. you know, wierdos.”
I see…. Hmm.
My eyes wonder around some more. Certain things around their studio begin to catch my eye. These are obviously what serve as inspiration to these interesting human beings…

Fast forward.
Curiosity kills the cat.
A couple days later after leaving their studio, I still felt I didn’t get the whole story. I wanted to know a little bit about the Red Arrow Art Gallery, the lady who was hosting this ” I F*cking Hate Loser Artists” show. I email some questions to get a more well-rounded story.
What made you seek out these artists? And interested you in hosting this show?
Katie: I been a fan of Sky’s Falling for almost 3 years and we have had two shows in the past that were very successful. They also did a mural of the 50ft woman that is in front of my gallery.
What kind of art do you usually feature in Red Arrow?
Katie: Mostly up and coming artists with a contemporary flair.
Where are you from and how did you end up in the High Desert?
Katie: I born in New Jersey, raised in central/southern Ohio, and moved here five years ago on New Years Eve.
Hmmm… speaking of murals…
rewind
…that brought me back to another topic of interest that I shared with GodAwful and J.A.H back at their place…
I am aware you guys are muralists as well. Where can we some stuff around town?
GodAweful and J.A.H.: Well, a couple of us have done the majority of the murals for the Palm Springs Unified School District. Ones that are visible from the road are in Cathedral City at Landau Elementary, in Desert Hot Springs at Latinos Market, in Tedesco Park, and Wardman Park. In Palm Springs most of them are interior, but a few of us worked on one at Demuth Park for the lil’ sluggers of the Palm Springs Youth Leauge. Most of these were done with students of the schools.
So… what can we look forward to seeing come from you guys in the future?
A steady evolution of creation. We got some big projects in the works, expanding the network, some more enlightening, working with other independent artists who share the same thoughts/experiences/idealogy, basically on the same page as us.
(Note to readers from the guys: If you are a band or organization who fits into this category hit us up we’re all about spreading the knowledge and working together.)
And last note, to everyone taking part in this evolution, nothing goes unnoticed, everything you do has its place in the course of the future, stay positive as much as possible.
After I had seemingly mentally explored all the nooks and crannies, ideas and possibilties, conspiracies and realities of this universe.. my brain was kinda on overload and I had to depart from Planet Skys Falling Art Kult…
but before I jet setted back to Planet CVAS Blog, GodAwful busted out some goodies for me:
Some old school graffiti fliers from way back in the day. These were fliers to old school parties in the Coachella Valley.

Amazing Hip Hop artifacts.
Remembering the days before Myspace & Facebook, when there were fliers…
those were the days…
*sigh*
And with that, they walked me to the door, but I didn’t leave without my Skys Falling Art Kult grab bag first.
Evidence.

To check out the show:
October 2nd at 7:00pm in the
Red Arrow Gallery
www.theredarrowgallery.com
61010 Twentynine Palms HWY
Joshua Tree, CA 92252
To learn more about the artists:
http://www.sp4cs.com/skysfallingartkult.html