Sounds of the Desert: Innernational 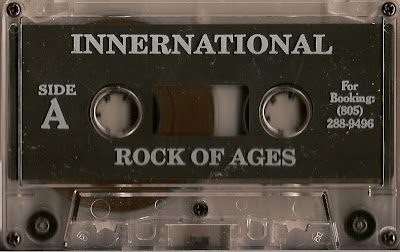 Just when you thought Thanksgiving meant that you got a free pass out of jail (school), you thought wrong. I’m about about to take you and your game to jail.
Let’s first state the obvious before we take a couple steps back… back in time…
The desert is famous for many reasons. For aesthetics, for location, for the concerts, for the art and for the music. Some of the music is more on the “pop” tip, some is more on the “sub culture a.k.a. “underground”” tip. In the spirit of everything this blog stands for, I am going to focus on the “underground” music that has gained worldwide popularity.
In the late 1980’s and early 1990’s the desert had a young art scene that was truly… how can I say this politely?… bad ass. The art culture out here didn’t just go down in desert history, but in Southern California’s history and music history all together. The desert was put on the map for it’s punk-rockish, die hard ways due to the Nude Bowl out in DHS and for giving birth to a new genre of rock and roll… Stoner Rock. The Nude Bowl and Stoner Rock gave the desert worldwide fame..
BUT!, the Innernational Crew gave us International fame. In the Hip Hop music scene. The Innernational Crew was born right around the same time as the Nude Bowl and Stoner Rock, but these guys were on a whole other trip. They were Hip Hop. They were a crew of guys that embodied all the elements of hip hop and practiced them on the regular. If you don’t know… the elements of Hip Hop are: The DJ, the MC, Break dancing, Graffiti, Knowledge, and (I always like to include) Style. Now you know….
These guys created something from nothing. They laid down the foundation for a hip hop community to flourish, to be competitive, and to develop out here in the desert. They did shows in the park. Did what they could, when they could. And did it well. They received attention for their skills in National Magazines such as URB Magazine and “street cred” all across the US.
As time passed and we now enter the present, the crew got older, some continued to make music, and some didn’t find the time. One of the remaining members of the crew, who still resides out here in Palm Springs, who continues to make noise, and who has a Twitter account (that the CVAS blog follows closely), is DJ Day. The name should not be foreign to you, as DJ Day not only plays at venues here locally, but International and abroad as well.
The other day, DJ Day twittered, “I’m uploading my 1st album from ’99 (10 years ago = holy shit) Sit tight…not many ppl have heard this.”
When I read that, I knew something crazy was going to go down.
I had been wanting to cover the Innernational Crew for some time now. For a long time coming, actually. Being that I love Hip Hop and these guys inspired me when I was in high school because all the graffiti artists, the break dancers, the DJs were still talking about them.
So, long and behold… DJ Day made a modern day, Internet kid’s dreams come true and he decided to go ahead and share some free music download links via Twitter. These links were like time machines back into the early 1990’s in the desert.
The chilled out sound of these beats, the subject of the lyrics… all to real.
So, without further ado… I proudly present to you my latest internet treasures…
Innernational – Rock of Ages
circa 1997 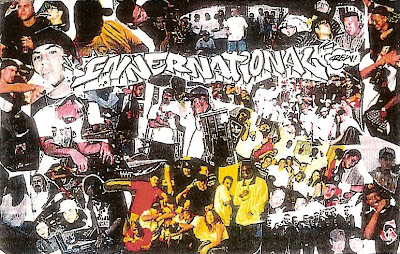 direct link for download:
http://www.divshare.com/download/3630314-d5c
Rip One and Kair 1
an unreleased track 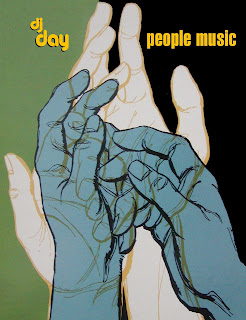 direct link: http://www.divshare.com/download/9480910-564
What would history be without some collectibles?
Check out what I dug up on the internet.... 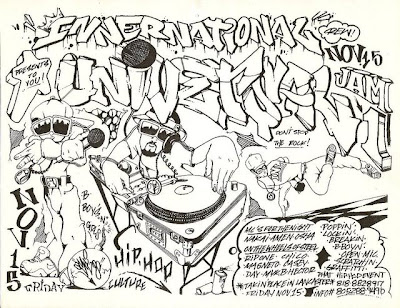 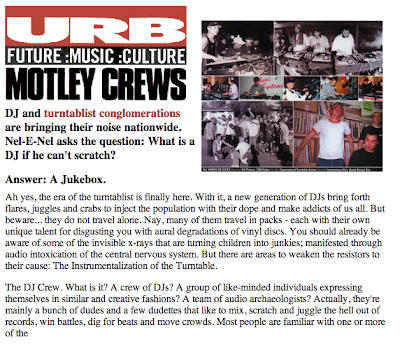 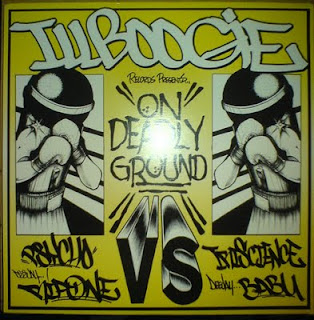