What is the concept behind the Free for All Festival?

This festival was started by avid music lovers who feel that the live music scene needs a serious restructuring. Too often tickets are sold with heavy “service fees” attached; the profit from these service fees are never passed through to the bands who are actually responsible for packing the show. Consequently, we are attempting a pay-what-you-want, ticketless music & arts experience. Our hope is that this medium of exchange will help bridge the gap between fans and bands with as little money being lost between the two as possible. Live music is, in its purest form, about the cathartic release of performance shared with an audience; this, we feel, should be available to all ages.

In an effort to provide full disclosure, the promoters for this event are putting up ~$13,000 in hopes that donations from fans and sponsorship dollars will help in breaking even in the whole venture. Additionally, all money made over our expenses will be put towards another event in the future.

About the Promoters:
Jody Orsborn is the mastermind behind LA’s leading indie roots music blog, When You Awake, that celebrates everything from classic country and rock to the the current indie folk and roots scenes. This daily blog, which reaches 20,000 + global influencers monthly, features music news, mixtapes, ticket giveaways, style finds and much more.

Bobby Kittleman is a music enthusiast whose background is in economic theory and corporate strategy. Over the past two years, Bobby has attempted to help better the music community by presenting shows and educating fans regarding many of the injustices surrounding the music industry.

In addition to the possibility of our locals, Dreamcatcher, performing at this super rad show, many local arts and crafts men and women will be attending the event to put on our Coachella Art Studios!!! Yes, this is the same interactive art installation that we put on at Coachella Fest these past two years! Yay for us!!! We are going to represent the Coachella Valley’s craftiest nicely, don’t you worry…

The Coachella Art Studios 2010 from Lauren Laddusaw on Vimeo.

more info can be found on the Coachella Valley Art Scene’s art installation at:
www.TheCoachellaArtStudios.com
So, let’s try to get a bunch of desert kids to represent at one of the best music festivals in LA this summer!
“The voting is now live. You are free to spread the word to friends, family, fans, etc. It is set up so there can only be one vote per IP address. The top five bands with the most votes at 5 pm PST on Sunday, July 25th will go to the next level of the competition. The next level is where the judges panel made up of Jason Bentley of KCRW, Justin Gage of Aquarium Drunkard and more will listen to all of the bands and rank them from 1-5. The band with the most points wins a spot at the fest.”
http://freeforallfestival.com/contest/contestants/
Check out Dreamcatcher’s Bandcamp:
www.dreamcatcherca.bandcamp.com 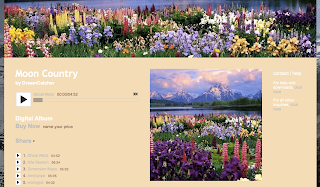