Although politics are not typically considered an art, there is an art to be good at politics. See where I’m going with this? This week on the blog I would like to take the time out to shine some light on a young man here in the desert that goes by the name Chad Hopes. Chad hopes that his effort to help the Obama campaign will go a long way. And, Chad is going a long way. Next week Chad will take off to Nevada to help campaign for Obama.

What I really admire about Chad Hopes is his passion and determination to get the word out. Regardless of who you are voting for in this election (hoping that you, who is reading this, is registered), I hope that Chad can infuse a little hope in each of us that yes you can do something to help. 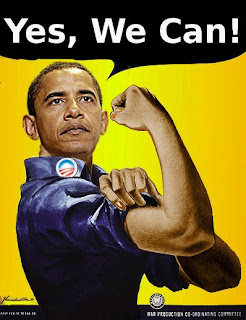 Name:Chad Robert Austin
Astrological Sign: Cancer
Can you tell us why you are not only voting for Obama, but raising money for him and campaigning for him? Prior to Obama I saw this country at a very bleak standpoint I mean with a leader like George W. Bush it made America seem as ignorant as we are stereotyped in other countries. I found it to be ridiculous that he got four more years it was truly upsetting, but still I did not get involved. It wasn’t till 2007 when reading articles on why one of my literary Heroes Hunter S. Thompson had killed himself in 2005 without sugar coating it at all the article said that HST shot himself cause he felt our nation was doomed under the tyrannical leadership of George W. Bush. The thought of that was overwhelming to me and in fact depressing, so i began to do some soul searching trying to figure out what was next. While watching CNN they were playing a speech that Barack was doing in his home state and instantly I felt a connection to what he had to say and when I researched a Bio I felt he understood the struggle of an everyday blue collar worker. I feel that the hope and the change is real.
Where you involved in politics prior to this election?I watched I understood I knew what was happening but at the same time with Bush in office I could care less because you can only do so much as far as protesting and hardly will it make a difference when a man is in that chair of power.
From what I understand you threw a fundraiser party for Obama last weekend, correct? How did that work out for you? What was the final outcome?Yes I did. To be completely honest it saddened me to know that I promoted it for a little over two weeks and personally invited over 250 people. I spent about 400 dollars putting it together, I made shirts(which I still have plenty) supplied beverage also supplied buttons as well as having a table set up with voter registration and volunteer forms. My turn out was 30 people tops with about half donating and or registering those who did support the cause did not go unnoticed I am very grateful to them. Also Might I add that the Guys who run Fresh out the Box a new clothing boutique in Palm Desert on Portola and HWY 111 have been nothing but supportive since the day they met me. Much respect to those guys.
Tell me about your aspirations to campaign for Obama. What does this entail? Where will you be traveling to and what will you be doing? My aspirations? THE TOP! I plan on working as much and as hard as I can to make sure this man gets into the White House. As far as traveling in 10 days I leave for Nevada, the reason being is that Nevada is a battle ground state with many independents that do not quite know who to vote for so my job will be to talk to them in office on the phone or even door to door as well as teaching new volunteers how they can help. Basically anything I am needed for I will do.
How can others get involved? By reaching me through groups. myspace. com/sparesomechange08 or myspace. com/chadsxs as well as going to the Democratic HQ in Cat City across the street from boomers.
Could you share with us your top two political videos on youtube?
Martin Luther King Jr


Sen. Barack Obama At the DNC

Click this link to register yourself to vote online