This week on the blog is Rock Week. From soft rock to punk rock, we got it covered. To start things off with a 1-2-punch I introduce to you a man who wouldn’t hurt a fly. His voice and lyrics are the softest, sweetest melodies that could melt your heart and have you swooning over him (and his band) in a heartbeat.

So, without further ado, I introduce….Lincoln Jesser. 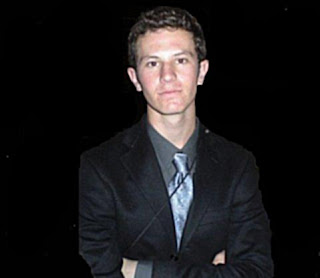 Name: Lincoln Solomon Jesser
Astrological Sign? Libra
What instrument(s) do you play? Guitar, Voice, Computer
Where were you born? Raised? La Quinta, CA; The collective desert!
How do you think where you were raised influenced you as an artist?
It took me a really long time to get in touch with the desert. Up until about a few months ago, I thought of the Coachella Valley as this enormous ball of sketch, and thus didn’t really try to incorporate it into my music. Lately, though, I’ve begun to appreciate its uniqueness; it’s this barren, arid, isolated wasteland that’s rapidly becoming a new city. It’s made me think about the way every city in America was once built up from nothing, and how a place’s development can actually lead to an increased isolation. It’s this isolated, alienated beauty that I try to capture in alot of my solo music. “It’s All Social Engineering” is probably the most blatant example of this.
What inspired you to go into music?
I played in my middle school jazz band in 6th grade, which was when I started guitar. We called ourselves “The The.” I have a CD lying around somewhere.
Who are some of your biggest influences?
Julian Casablancas of The Strokes, Tokyo Police Club, Outkast circa 1993
How would you describe your sound?
Electrospective
Where can we check out your music?
www.myspace.com/nitemayrmusic
Upcoming shows?
My real musical focus is my band, Technicolor Wolves. We are in the development stages with our website, are beginning to play shows, and are currently working on our first EP. I’ll let you know when that’s ready to go. It will be ten times cooler than what I have done by myself! 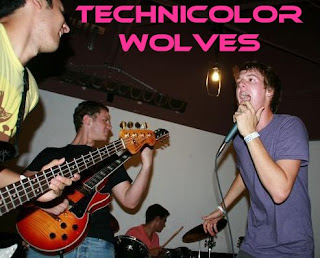