This week on the blog we are introducing a new concept:
ARTIST vs. ARTIST.
An artist interviewing other artist segment. To start it off, in theme of the week, Ming Bob set out on a mission to interview some of his favorite bands from around the desert. Check out the first interview that Ming Bob conducted… 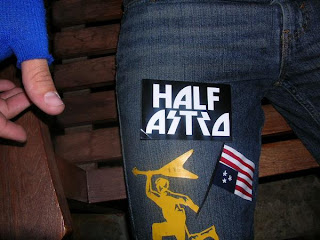 Who Is Half Astro?
Half Astro has been a band in the Coachella valley since January 2007 and consists of Herb Lienau, Marcus Bush, Billy Cordell and Brandon Henderson. I would say the bands best qualities are mixing old punk with the new and always keeping it fun and tight.
How long have you been playing music?
I’m 27 and I’ve been playing music for 13 years
What bands have you jammed with?
I have been a part of and/or played gigs with…THIS SIDE UP (members of Lorene Drive) DEL PADRES, CRAIGS BROTHER,
THE JOHN STANLEY KING BAND, HEY MIKE, HALF ASTRO, and OH NO NOT STEREO.
What is scene out here in the Coachella valley like to you in your eyes?
It changes a lot out here. I’ve only been here for 6 years and I’ve heard stories about back in the day when they had rad generator parties ( I attended probably the last real one ) and life was a lot different. I’ve also seen it be really fun and get lame for awhile, then fun again and now somewhat stagnate. I think a new venue is the key.
Anything in the works upcoming album maybe, shows or any brain storms?
We just got the Half Astro album mastered and pressed. You can buy it at Record Alley in the Palm Desert mall. Good stuff. I’ve been working on some new songs and recording a little bit for a new no-named project with Marcus from Half Astro and I’m very excited about it. Kind of our secret weapon I feel.
Any advice to upcoming musicians about playing music or being in a band?
Always keep an open mind and good attitude, especially towards other musicians. I don’t give a shit how good you are and how much time you spent at M.I. , never think or act like you are better than anyone cause it won’t get you anywhere and people will just think you’re an asshole and not want to jam or hang out with you.Cocky people are no fun. We should also kill the internet and cell phones so our children wont be forever ruined and lost. Haha JK (kind of)
How can we contact you?
The best way to get ahold of me for booking or whatever is
Radcontrolop@yahoo.com or www.myspace.com/brandaid
also check out…
www.myspace.com/radcontroloption
www.myspace.com/halfastro
www.myspace.com/markhorrorproductions 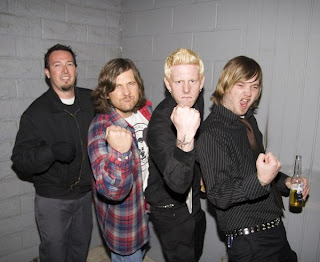 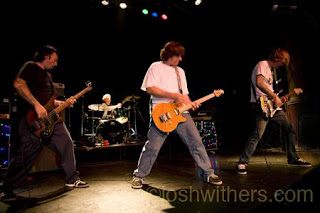