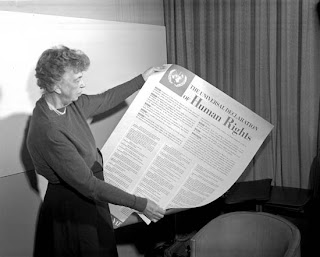 “Today, poverty prevails as the gravest human rights challenge in the world. Combating poverty, deprivation and exclusion is not a matter of charity, and it does not depend on how rich a country is. By tackling poverty as a matter of human rights obligation, the world will have a better chance of abolishing this scourge in our lifetime….Poverty eradication is an achievable goal.” — UN High Commissioner for Human Rights Louise Arbour, 10 December 2006 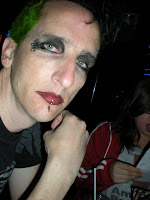 Mr. E, musician– “Why go to the Bible [about woman suffrage]? What question was ever settled by the Bible? What question of theology or any other department? The human mind is greater than any book. The mind sits in judgment on every book. If there be truth in the book, we take it; if error, we discard it. Why refer this to the Bible? In this country, the Bible has been used to support slavery and capital punishment; while in the old countries, it has been quoted to sustain all manner of tyranny and persecution. All reforms are anti-Bible.” — William Lloyd Garrison, remarks at the 5th national woman’s rights conference in Philadelphia on Oct. 18, 1854. History of Woman Suffrage, Vol. 1, pp. 382-383)

Raw M’Larkey, Red-headed Babe – Is it legal to walk around in your underwear? I mean if it’s legal to walk around in a bathing suit, why not the undies? Also, the pursuit of happiness entails many things that are not legal like smokin ganj, drinking on the streets (except for where i live [Vegas]), and walking around with no pants on. But whatevs, happy human rights day.

Alfa, filmmaker – “Why can’t people eat other people they love, without the cops and FBI getting involved.” 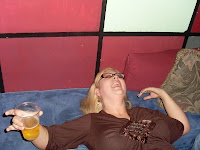 Mrs. Jeeves, party promoter – “Its also Day Without a Day Gay… so how about equality in marriage?” 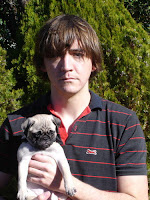 Sean, artist – “Just be happy you don’t live in certain southern states because here in California sodomy is still a right! That’s right! In Oklahoma it is punishable by up to 10 years in prison. You would think that with the prop 8 nonsense tainting our image, that all sodomy has ceased to exist. On the contrary. Sodomy is still rampant as ever here in our lovely state. So even though you don’t have the right to marry, you still have the right to partake in as much sodomy as you wish. Have fun and be safe.”

Andy, musician for Pterodactyls – “IDK if this makes any sense, but I guess, the right to think for yourself and not believe everything you read or see. To make your own conclusions and decisions about what to like, and your overall life. “

The Genius of Love, peacemanker – “Cool, I don’t know if it’s copyrighted, but I’ll say anyway that one of the fundamental rights that we possess as Americans is laid out in the Declaration of Independence:”We hold these truths to be self-evident: that all men are created equal; that they are endowed by their Creator with certain unalienable Rights; that among these are Life, Liberty and the pursuit of Happiness; that to secure these rights, Governments are instituted among Men, deriving their just powers from the consent of the governed; that whenever any Form of Government becomes destructive of these ends, it is the Right of the People to alter or to abolish it and to institute new Government, laying its foundation on such principles and organizing its powers in such form as to them shall seem most likely to effect their Safety and Happiness. Prudence, indeed, will dictate that Governments long established should not be changed for light and transient causes; and accordingly, all experience hath shewn that mankind are more disposed to suffer while evils are sufferable than to right themselves by abolishing the forms to which they are accustomed.But when a long train of abuses and usurpations, pursuing invariably the same Object, evinces a design to reduce them under absolute Despotism, it is their Right, it is their Duty, to throw off such Government, and to provide new Guards for their future security.”In other words, we must always remember that if our government does not fulfill its duty to protect and serve its citizens, it is not only our right, but our duty to replace it with a more competent government.”