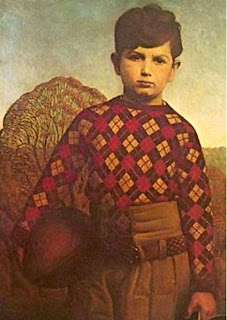 Featured Artist: Plaid Oak
Not a lot of info is out on the web about Plaid Oak. I know that the band hails from the Coachella Valley in California, that it is fronted by a man named Dani, and also includes other former members of the band Shrunken Wool Sweaters (another band worth checking out) but then, there’s not a whole lot of info about Shrunken Wool Sweaters online either…but you know what? The music is so good, I don’t care as long as it keeps comin’. Plaid Oak has renewed my faith in guitar-bass-and-drum bands. The somewhat minimal sound is warm and impactful and though the sound is fairly consistent from one tune to the next, Dani’s song-craft keeps you hooked all the way through. His vocals have the rare balance of being both unique and solid. Few vocalists in the desert seem so comfortable with their abilities. The music does as much to deliver the lyrics as Dani’s voice does, the words and music moving together so that the songs deliver not just a snappy tune, but a complete idea – a rarity in any band, not just their local desert compatriots. The band currently has a demo available which you can get by contacting them via their myspace page. I haven’t yet had the pleasure of seeing them live, but if Shrunken Wool Sweaters was any indication of what to expect, it’s an experience I’d like to enjoy repeatedly in the near future. Keep your eyes an ears open for these guys – I think you’ll like what you hear.
Plaid Oak’s myspace:
www.myspace.com/plaidoak
for more Coachella Valley artist’s music reviews:
www.blueriderrecords.com
to have your music reviewed on Blue Rider Records and the Coachella Valley Art Scene, please email:
demos@blueriderrecords.com