Sarah ScheidemanJuly 31, 2009
Interviews 0
Meet Brian.
Brian is a photographer for one of the desert’s favorite skate shops, Epidemic.
Brian is the man behind many of the photos that are currently documenting the very much alive and in full effect, desert skate culture. Not that it ever died, it’s just Brian has a good grasp on what is going on right now in the skate scene.
Most recently, Epidemic revamped their website and launched their own line of clothing (way to go guys). The team headed out to New York and Ohio to shoot for their look book and invited Brian to come on board to hang with the Epidemic Skate crew and document the experience. Pretty sweet gig, right?
If you skate, you’ve probably seen this dude around. And if you haven’t, then you need to start looking.
So, without further ado.. I introduce to you, Brian Evans…. 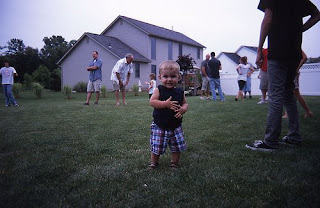