Tomorrow will be 2010!
What will the year hold for you?
This is a questions that we asked a bunch of our readers.
And we got a bunch of really great answers.
Seeing what everyone has planned for the year 2010 is really inspiring. If you read someone’s plans and you wanna be apart of it or collabo with them… then hit them up!

www.thecoachellavalleyartscene.com
Our plans for 2010?
“We are looking forward to building onto the blog even more. This means, making it more than a blog… making it actually come to life! We are in the works of producing some documentary work with local artists around town. Doing workshops. Throwing themed art parties. Collaborating with more businesses. Interviewing more artists. Get more funding. Produce more online merchandise (so you can represent when out of town). Collaborating with more artists. Doing art at Coachella Fest. Hopefully attending another Phish Festival. And getting to know everyone on a more personal level.” 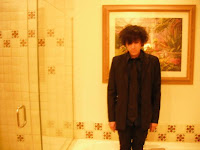 Andy Lara
Www.myspace.com/andyoutbreak
What are your artistic plans for 2010 Andy?
“I’m actually losing my edge, to better looking people, with more talent. And better ideas.
But, I have attached is my 2K10 2 do list.” 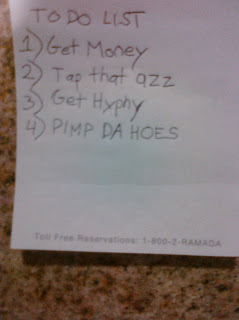 facebook.com/cristophercichocki
www.cristophersea.com
“I’ll be publishing a comprehensive book of my art in 2010. More of my audio/ video works are scheduled for release through the label: // table of contents // sight & sound //. My band STATE REC has recording plans in the near future, and we may even head up the Coast for a summer tour. Many collaborations and new works to come……..”

Gonzalo Pinedo Jr.
www.myspace/gonzalopinedo
What are my artistic plans for 2010?
“To be featured on the Coachella Valley Art Scene and to not see any more stencil art shows.”
Word. Here is some of Gonzalo’s art: 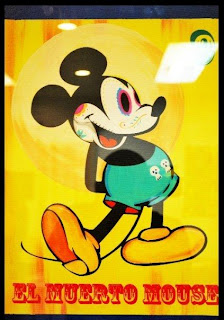 www.lincolnjesser.com
2010 Projects: “More music in the line of “The Nightlife EP” to be released soon, as well as some production collaborati
ons with other artists….also, DJ sets.”

Alec James Velarde
myspace.com/alecjamesvelarde
blogspot.com/alecjamesvelarde
“In this upcoming year, I plan on playing as many shows as I can extensively throughout all of California. In addition, I will embark on my first tour as a solo artist, heading up to the Northwest. If all goes well, I may plan on a larger tour later in the year. I also hope to finally finish one of the many book ideas that I’ve started on.
Not only am I looking forward to playing with musicians of all types, but also sharing shows with artists of all mediums. Poets, painters, photographers, and virtually all artists of any type.”
ULYSSES

What are some special projects that you have in the works for 2010?
“In the process of organizing an art show/grand re-opening at Latino Books Y Mas. The artwork will be Latino Influences & the artists will all be local. It will be around March/April.”

Perry Scanlon
http://www.ExperimentalExperience.com/
2010 projects?
” Original songs, creative covers, and homemade electronics. I may start a chalkboard car for people to draw on.” 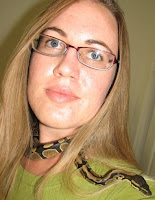 2010 creative projects?
“I’m planning to launch a business in 2010 that is focused on doing video reviews of restaurants, hotels, concert venues, college campuses, museums, tourist destinations, etc. It’s going to start small, Southern California based. I have been doing concert reviews for about a year but recently did a couple hotel reviews and someone from Australia left a comment saying thank you, and that she enjoyed seeing the hotel on video. I’m going into marketing as my major, so I figure pursuing video reviews will get me close to small businesses and hopefully reap some kind of income for me if I am persistent. It will start off as a Youtube channel and then I will look into more independent website alternatives from there.”
Sean Burford

http://www.facebook.com/pages/Sean-and-Himself/52797899384
http://www.myspace.com/seanburfordband
http://www.facebook.com/pages/The-Racket-Club-Band/176317813916
http://www.myspace.com/racketclubband
What are some special projects that you have in the works for 2010?
“I am currently working on music for my solo project entitled Hymnself. I am also working on music with my brother for the Racket Club Band and another possible side project in the works in addition to that.”
Sean Arseo
What’s good for 2010?
“So as far as 2010 goes, I have extraordinary plans.

Summer is going to be non-stop artistic doings, if you will. I am still looking into a venue and will continue seeing if there is something I can work out to get running by summer of 2011 (high hopes, I know).
Also, I will be trying to get a Valley record label going. I am currently doing recordings and I must say everything is sounding pretty awesome. If anyone is looking to record, please send them my way. I am very, very, VERY great on pricing and will go so far as to help you actually get CDs and such made (in connection with the label). I will continue doing music and helping out with the scene as much as I can.”
Quiet

www.myspace.com/stayquiet
www.ursession.com/stayquiet
2010 creative projects?
“I have an Ep called “Alinas Aisles” coming out within a few more months. Production is of the dubstep/hip hop genre with a couple producers from the U.K.

its really different as to whats been goin on around here. it consist of that raw grimey feel but also very honest and “emo” if you will lol. I dont have an album cover as of yet but hope to get one done soon.
if theres any blogs or promotion you can help me out with on your blog id really appreciate it. if you get the chance, i do have some other tracks on my page you can hear, ive worked with a few people here locally as well as over seas in Australia. Be sure and listen to “Teary Mascara”, you’ll dig it!“ 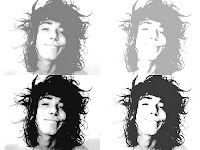 Carlos Marlos
www.myspace.com/saruhwillyoumarryme
What creative plans do you got in the works for 2010?
“Lets get a little group/committe/cult ahah whatever together and build a long wall somewhere here in the dirty d, completly dedicated to all of the local artist who would like to get their art seen?”