Nothing is more epic than a summer soundtrack, right?
It’s hot outside, sure. So, if you are looking for a few good mixtapes, or a few tracks, to add to that summer soundtrack…. then I got just the medication to chill you out.
This week I provide you with some of the best World Music/Hip Hop floating around the Coachella Valley this season.
All free downloads for your listening pleasure. So, make sure to visit each artist’s website and consider purchasing their album or catching them live at their next show. They gotta pay the bills too you know…
This week, Sounds of the Desert presents….

DJ Alf Alpha
Website: www.djalfalpha.com
Blog: www.notoysallowed.com
Alf Alpha is no stranger to the scene. Many have watched this young DJ/Music Producer develop over the years. We saw him start out when he was about 18 years old DJing around town and when he was about 20 years old he started a Myspace and began sharing the music that he produced himself. Today, Alf Alpha stays true to his passions and shares his forever evolving and maturing taste in music and life experiences with the world. At the beginning of this summer, Alf Alpha dropped two mixtapes that remind me of something that would be on KCRW. My favorite mixtape being the Africa Vibes Mixtape, is in honor of the World Cup. My second favorite, Latin Vibes Mixtape is in honor of Alf Alpha’s heritage and his deep appreciation for anything that makes the ladies move their hips.
Both of these mixtapes were recorded LIVE on two turntables and a mixer. They were recorded onto a tape recorder, and are now being streamed into your computer and out through your speakers. Quite magical, right? I think so.
Latin Vibes Mixtape
(photo featured is not the official mixtape cover) 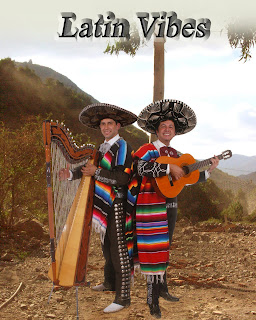 DJ Day
Music: www.myspace.com/djday
Blog: www.likeathrottle.blogspot.com
DJ Day is a Palm Springs legend. He is not just an inspiration to the Hip Hop community of the Coachella Valley, but to the Hip Hop community of the world. He has taken his show on the road internationally and nationally. All along sharing with everyone his music talents that were born and raised right here in Palm Springs.
Right now in time the Coachella Valley is very lucky to have the opportunity to catch DJ Day play live sets every Thursday night at the Ace Hotel. Here is where DJ Day shows off his musical expertise and experience, with creative freedom.
DJ Day is consistently releasing tracks here and there, here is his most recent release. Make sure to shuffle through his blog for more tracks, mixtapes, and downloads of the like. A guarantee you will not be disappointed.
DJ Day Summer Single

Mic Legg
Music: www.myspace.com/instrumentalyill
Blog: www.deafvalley.tumblr.com
Mic Legg knows how to keep it real. There is something about Mic Legg’s flow that is undeniably dope. I love how raw his lyrics are. You wanna know what the ghetto of the desert is really like? Then tune in. You want to know what the life of the graff writer’s of the desert is like? Then tune in. Mic Legg serves it up, without any consideration or thought of toning it down, and I love him for that. And it’s not just in his flow, it’s in his music videos as well. A solid Hip Hop artist, famous for claiming he is “All Elements,” proves his track record to be true.
This week on the blog, www.deafvalley.tumblr.com, they dropped two mixtapes from the Def Valle crews. Listen in to both of them. And, make sure to come to their show this Sunday (July 4th) at J Dee’s Landing in Downtown Palm Springs to catch them LIVE.
Boombox Theater’s The Ghetto Blasters Mixtape

http://megaupload.com/?d=E5A3IHLB
to get more information on the Def Valle hip hop crew, please visit their blog at:
www.deafvalley.tumblr.com

Jay Curry
Music: www.jaycurrymusic.bandcamp.com
Twitter: www.twitter.com/imjaycurry
Jay Curry is new to this, but he is also true to this. The 17 year old music producer is young and abitious and definitely one to keep an eye out for. He has the music production potential that his forefathers do (Alf Alpha, DJ Day…), and he has the powers of the internet to make it happen.
Most recently, Jay Curry has linked up with Dan Fromhart of the indie desert band, Technicolor Wolves, to co-write and co-produce this single that will be coming off his September release (2nd release). It’s definitely something new and fresh and…. we like it.
Jay Curry X Dan Fromhart of the Technicolor Wolves Summer Single 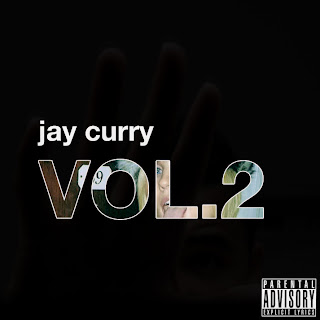 http://www.limelinx.com/files/9d04bd78bba2c5b64f86967d1df73f63
to keep up with Jay Curry, please check him out at:
www.jaycurrymusic.bandcamp.com
Do you have music that is available for download? If so, please email me your links! Email address is thecoahellavalleyartscene@gmail.com. Thanks.