We really took a liking to the festival when we we noticed the festival has a special focus in the area of film, fine art, live performance dance, music and the theater arts.

If you are looking for something new cool to get into this weekend look no further…not only are the theaters air conditioned, but the content can be mind blowing.  😉

Our main objective is to promote a world vision of film as seen through the eyes of the filmmaker in order to educate and entertain the film goer. In conjunction with the Palm Springs Cultural Center, the Festival is a 501(c)(3) non-profit organization. Long the brainchild of local resident Teddy Grouya, the Festival was established to encourage the development of the cultural arts in the Coachella Valley with a specific focus in the areas of film, fine art, live performance, dance, music, and the cultural arts. In three short years, Teddy’s dream of community-wide participation and sponsoring scholarship awards for deserving individuals has been realized and more.

Heroes For A Semester / One For Ten / Angelinho 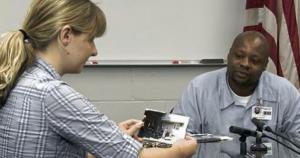 Heroes For A Semester

Can an innocent man be saved from a life in prison by a group of college students?  The heroic work of students at Chicago’s Northwestern University is followed in this documentary on behalf of Marcus Wiggins.  Seemingly innocent, yet already sentenced to 46 years in prison, these Northwestern students may be Marcus’ last hope to get out.  Is he truly innocent? And will they succeed in their mission?

The death penalty was re-instated in the United States in 1976.  Since then, for every 10 people that have been executed, one person has been exonerated and released from death row after spending an average of 10 years in isolation.  In One For Ten, a team of four traveled the width of the US and interviewed individuals who have been freed from death row.

Angelinho is a cautious guardian angel, but all of his best efforts only make the daring cyclist, for whom he is responsible, more and more adventurous.

Heroes For A Semester – 82 min. AUSTRIA 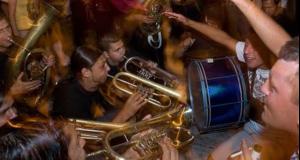 A tiny Serbian village explodes with brass cacophony and riotous celebration as more than half a million music fans descend upon Guca, the world’s largest trumpet competition.  Amid a cast of defending Serbian champions and struggling Roma Gypsies, an unlikely brass band from New York City, Zlatne Uste, voyages to represent the United States only a decade after NATO bombs rocked Belgrade. They will be the first Americans ever to compete at Guca.  Brasslands offers an intimate and sometimes unsettling portrait of how the hopes and fears of this diverse group of characters collide in their search for common ground and musical ecstasy.

Vibraphonist Jason Marsalis of the New Orleans jazz family, German bass player Christian Fabian, Native Alaskan drummer Ed Littlefield, and Filipino-American pianist Reuel Lubag are THE NATIVE JAZZ QUARTET, a group that makes folk melodies from Alaska to Louisiana swing hard.  In March 2013, the four jazzmen met up in New York to audition for the American Music Abroad Program. Ambassadors – the Native Jazz Quartet at Work stays with them through a long night and a suspenseful morning as they work on making their dream come true:  Follow in the footsteps of jazz giants like Dizzy Gillespie, and travel the world as Music Ambassadors for the US.

Face 2 Face / Our Own Devices 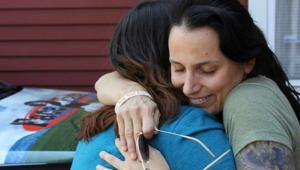 Are Facebook friends really friends?  It takes a lot more than just a status update to be a friend.  And that was the inspiration for filmmaker Katherine Brooks to travel across the country and meet 50 Facebook friends she had never met.  Following a traumatic surgery, and feeling isolated and alone, Brooks wrote the following Facebook status update: THE FIRST 50 PEOPLE WHO SAY YES, I AM COMING TO YOUR CITY AND SPENDING THE DAY WITH YOU.  Six weeks later, she embarked upon an 11,000-mile adventure across the US and met 50 of her Facebook friends who would change her life forever.

Teenagers, parents and teachers reflect on technology and socialization in this short documentary.  Alternately hilarious and frightening, the film spends a day at an urban high school, tagging along with students as they demonstrate the role of texting and social networking in their lives.   Their teachers and parents, meanwhile, offer a variety of insights as to what ‘constant connectivity’ does to the teenage brain — positive and otherwise. 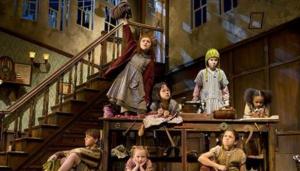 The show-stopping musical ANNIE, its characters and its songs are timeless and classic. For Annie’s recent revival on Broadway, this documentary offers a memorable behind-the-scenes look at every step of a single ANNIE production number, from the earliest phases of discussion among the creative team, rehearsals with actors, to opening night on Broadway. 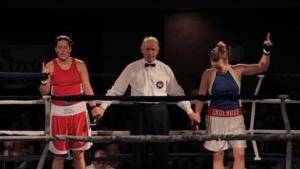 In 2012, the Olympic Games included women’s boxing for the first time in history.  But, only three weight categories would be admitted — 51kg, 60kg and 75kg.  To compete for their Olympic dream, women boxers all over the world were forced to move up or down in weight class.  For two of the world’s best fighters, both from Canada, this meant the end of a friendship and the beginning of a fierce rivalry.  Last Woman Standing follows world champion boxers and former friends, Ariane Fortin and Mary Spencer, as they fight for an Olympic dream that can only belong to one.

An interesting portrait of an artist working at the unique intersection of contemporary art and tattoo. The 4K black & white film is a rare glimpse into Emilie Roby’s creative process, and the living canvases who collaborate alongside her.

Alphée of the Stars / Blind Love / I Believe 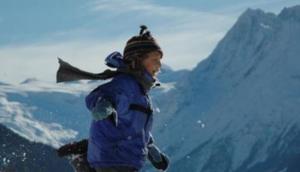 Alphée has a lot in common with other 5-year-olds, but unlike other kids, she has an extremely rare genetic disorder — Smith-Lemli-Opitz syndrome — that affects neuromuscular development. Her parents have such a deep belief in their daughter’s potential that they decide to leave their hectic lives in Quebec and spend a year in a Swiss village to provide Alphée with an integrated education in a progressive preschool.

How do you find the love of your life when you cannot see?  Three teens give us a peek into a world void of visual stimulation.  Together they show us how it is to be young and in love, and how their lives are affected by their blindness, especially in matters of the heart.

Theater-goers exiting a popular musical about Mormon missionaries are met on the sidewalk by more black ties and white shirts.  But these are not the performers; they’re the real missionaries, venturing into what might seem to be hostile territory to spread their message.